5 new releases out today you should listen to this weekend

It’s New Music Friday and there were a lot of new albums released today that should be on your radar! Here are our top picks for this week: 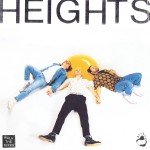 Walk The Moon’s new album Heights featuring their lead single “Can You Handle My Love??” is out today. Walk The Moon delivered another album full of dance-able, catchy anthems, while addressing themes like self-love and rising above difficult situations. Stream it here.
Stand-out tracks: “Heights”, “Giants”, “Someone Else’s Game” 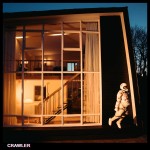 IDLES released their fourth album Crawler today after teasing it with the release of “The Beachland Ballroom” and “Car Crash” earlier this year. The 14-song album came together during the pandemic and had Joe Talbot of IDLES trying to be more of a storyteller than ever in this album about past trauma, addiction, and life experiences. Stream it here.
Stand-out songs: “The Wheel”, “Car Crash”, “Progress” 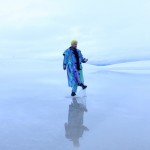 Morgxn released the follow-up to Meridian Vol. 1 today. Both EP’s were done at the same time, but released separately to illustrate different processes Morgxn has been through over the last year.
In an interview with X1039 in March, Morgxn described the two EPs as “part 1 is the process of breaking, and part 2 is the process of putting it back together.” Phoebe Ryan and Now. Now also make appearances on this EP, so stream it here.
Stand-out songs: “The Way It Was”, “Citadel”

4). Holly Humberstone- The Walls Are Way Too Thin 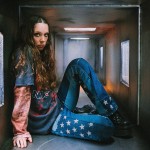 Holly Humberstone’s new EP The Walls Are Way Too Thin is finally out after being delayed a week, but it was worth the wait! Holly Humberstone’s gorgeous voice mixed with lyrics that anyone who’s ever felt lost navigating getting older and finding your place can relate to. She co-wrote “Please Don’t Leave Just Yet” with Matty Healy from The 1975 which is certainly a stand-out on this EP, but that said, it’s a strong EP from start to finish. Stream it here.
Stand-out songs: “Please Don’t Leave Just Yet”, “Scarlett” 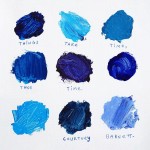 Courtney Barnett is back with her new album Things Take Time, Take Time. This album is a little lighter and slower (minus a few songs) than her past releases, which, in a good way, makes for a whole new experience in a Courtney Barnett album. It’s a good reflection on the last year through her story-telling and rawness of the songs. Stream it here.
Stand-out songs: “Turning Green”, “Take It Day By Day”, “If I Don’t Hear From You Tonight”

FOX21 defeats X1039 in Media Brawl at WhirlyBall, a benefit for Inside Out Youth Services

Fall Out Boy So Much for (Tour) Dust): with Bring Me The Horizon, Royal & The Serpent & Daisy Grenade Fiddler’s Green Amphitheatre July 9, 2023 Local/AEG Presale – Thursday, February 2 at 10am MT Password: FOB23 Public On Sale – Friday,…